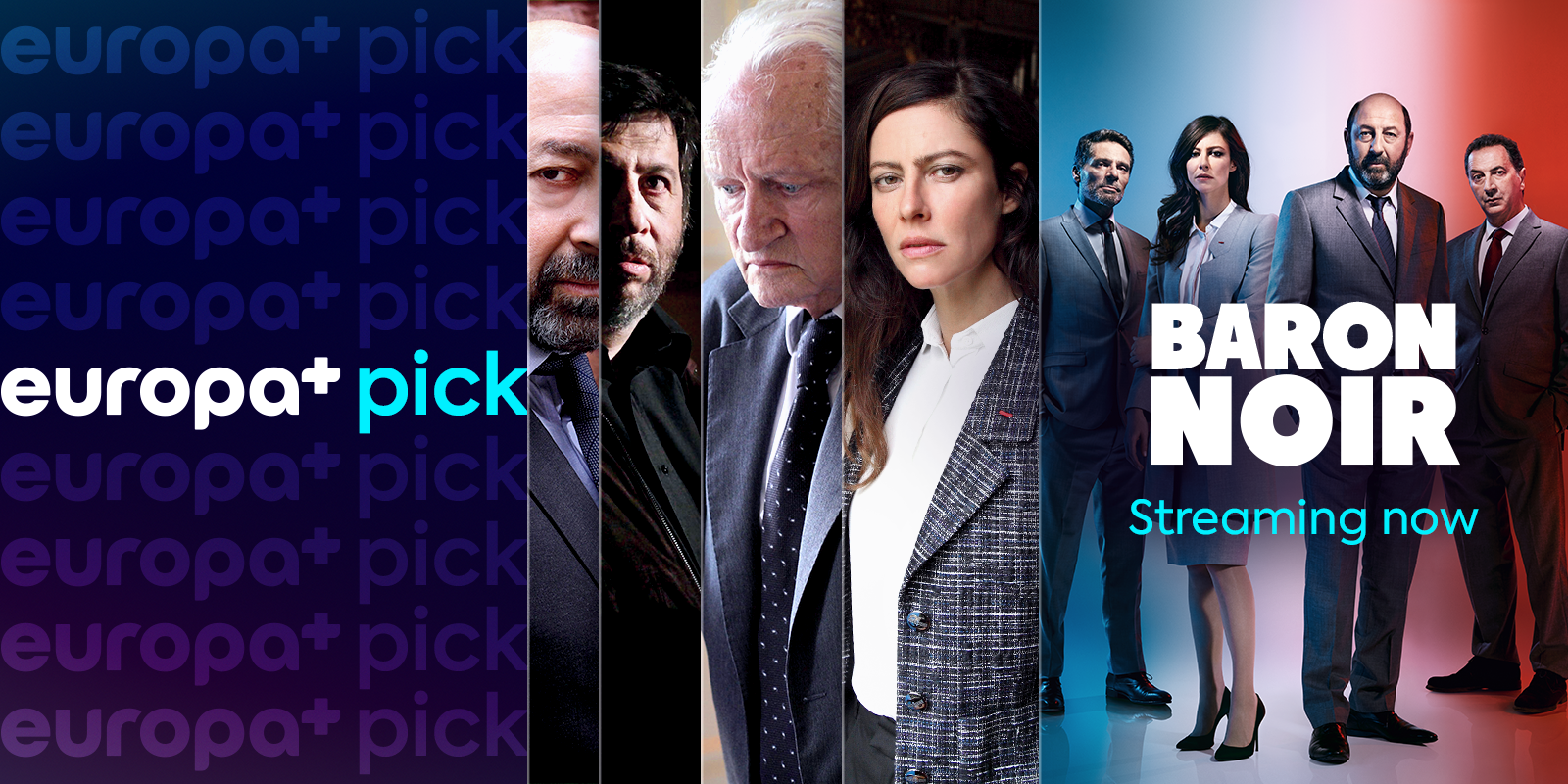 November’s Europa+ Picks have a distinctly French feel, bringing you some of the best French programmes available to stream right now. And riding on the political wave of the US election this week, we dive into the intriguing and suspenseful thriller Baron Noir, a series every bit as worthy as Netflix’s US drama House of Cards.

Baron Noir is the political and judicial saga of Philippe Rickwaert, member of Parliament and mayor of Dunkerque, who is driven by an irrepressible thirst for personal revenge. Between rounds of the Presidential election, he sees his future collapse when his mentor, the leftist candidate, sacrifices him to save his campaign.

Determined to reinvent his career, Rickwaert uses cunning and connections to win political fights against those who betrayed him, creating a new alliance with the closest adviser of his enemy. Formidable but uncontrollable, conflicted between truth and lies, cultivating friendships in all strata of society (including within the police and organised crime), Philippe Rickwaert’s life dissolves into a fascinating organised chaos. Rickwaert takes the fight to his opponents – and to his own demons – at every opportunity.

Kad Merad stars as Philippe Richwaert, the formidable politician at the centre of the series, a role which landed Merad an International Emmy nomination and an ACS award win for Best Actor. Kad Merad also stars in drama Inside Suspicion which is available to stream on Europa+.

Co-stars include French actress Anna Mouglalis as Amélie Dorendeu and Niels Arestrup as Francis Laugier, both of which received ACS award nominations as best actress and best actor respectively for their performances in the series.

What have critics said about the show?

“Kad Merad delivers an astonishing performance with great accuracy of a politician that’s larger than life. Impossible not to fall under the spell of this character ready to do anything to achieve his ends.”

“It’s a first in France. With the exciting series Baron Noir, the fiction dares to keep up with actual politics.”

“Why have we had to wait so long for a true French political series?”

“A better political series than “House of Cards”