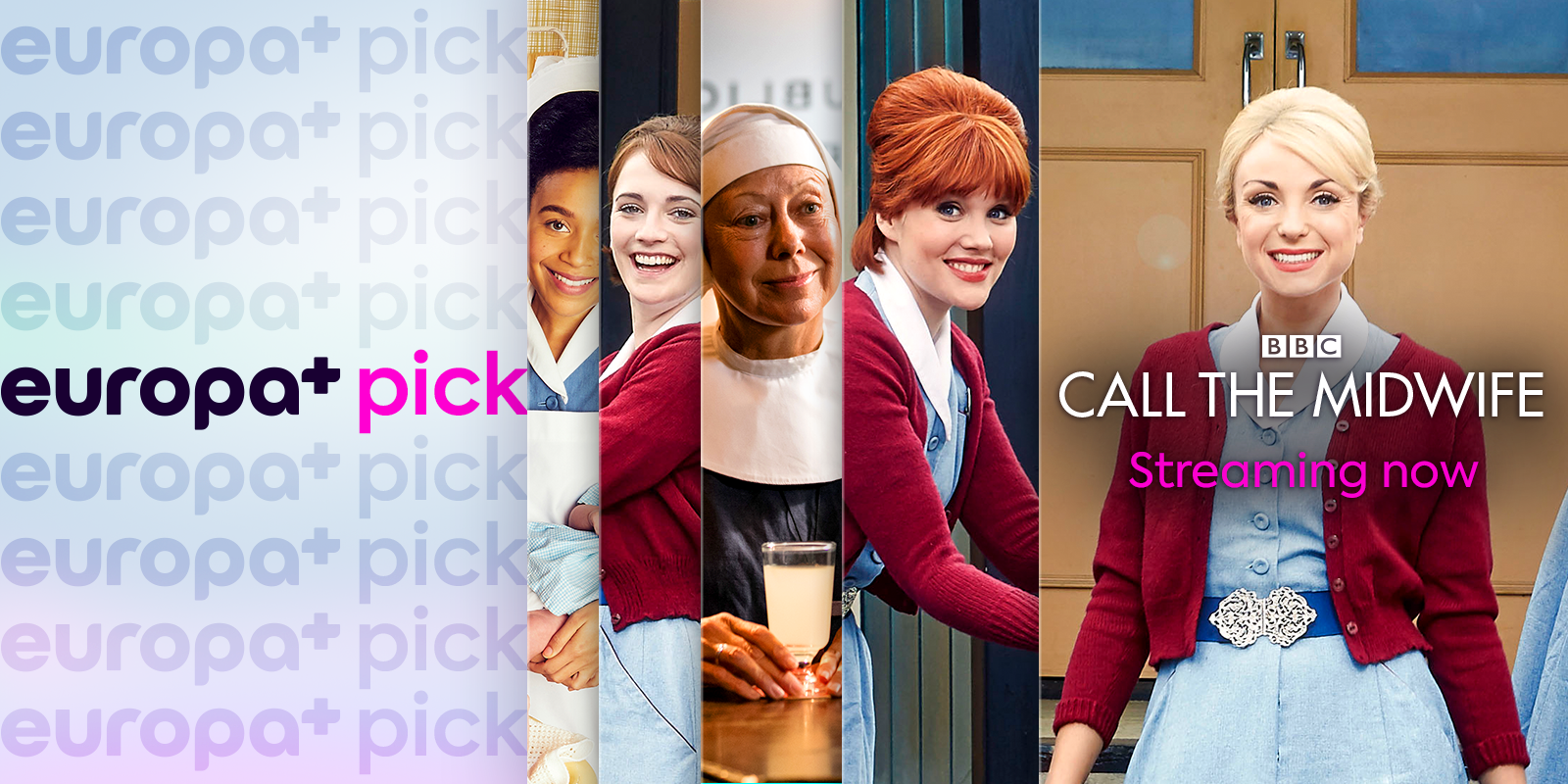 Call the Midwife: Heart-warming drama for the holiday season

December is here and it’s time to get into the festive season. This month we’ll be bringing you a whole host of Europa+ Picks perfect to fill your Christmas stocking as well as some great family favourites for everyone to enjoy together. We start this month with the hit BBC drama Call the Midwife, with seasons 6, 7 and 8 direct from the UK available to stream right now. Don’t worry if you haven’t seen the earlier season, you can easily drop in and start watching at any point and still enjoy every episode. And if you start cramming in those episodes now you could blitz through those three seasons in time for Christmas!

Call the Midwife is a period drama series about a group of Sisters and midwives working in the deprived Poplar district of London’s East End in the late 1950s and 1960s. The plot follows newly qualified midwife Jenny Lee, as well as the work of the midwives and nuns of Nonnatus House. They carry out many nursing duties across the community, however, their primary work is to help bring safe childbirth to women in the area and to look after their countless newborns.

How has the series approached difficult subjects?

Despite being a delightful drama that pulls on the emotional strings, Call the Midwife does not shy away from serious issues. The show has also been praised for tackling a variety of topical subjects around medical care and midwifery including nationalised healthcare, teen pregnancy, adoption, miscarriage, abortion and unwanted pregnancies. It also extends into wider social, cultural and economic aspects of life including poverty, epidemic disease, prostitution, religion and faith, racism and prejudice, and same-sex attraction.

What have the critics said?

“Call the Midwife is a triumph: a series created by, starring and largely about women.”

“Heidi Thomas’s drama works because it delivers harsh truths about how rotten life used to be in the “good old days” at the same time as giving off a comforting glow of humanity.”

“Call the Midwife is one ruthlessly efficient emotion-harvesting machine.”

“Midwife is super-clever because, just as it’s about to lose you, it pulls you back via the most extraordinary tugs to the heartstrings.”

Get behind the scenes on the series

In Season 7, the winter of 1962-63 is depicted, one of the coldest winters on record in the UK which came to be known as The Big Freeze. The production team on the show had the huge challenge of bringing the huge snow drifts, snowy conditions and icy temperatures to reality on camera. To see more about how they achieved this incredible wintery magic, watch this short featurette which takes you behind the scenes.

To find out more about the UK’s ‘Big Freeze’ in 1962/63, check out this article showing some photography from the time: https://www.theguardian.com/uk/gallery/2010/dec/15/weather-big-freeze-1962-pictures

And read more about it here: https://en.wikipedia.org/wiki/Winter_of_1962–63_in_the_United_Kingdom.