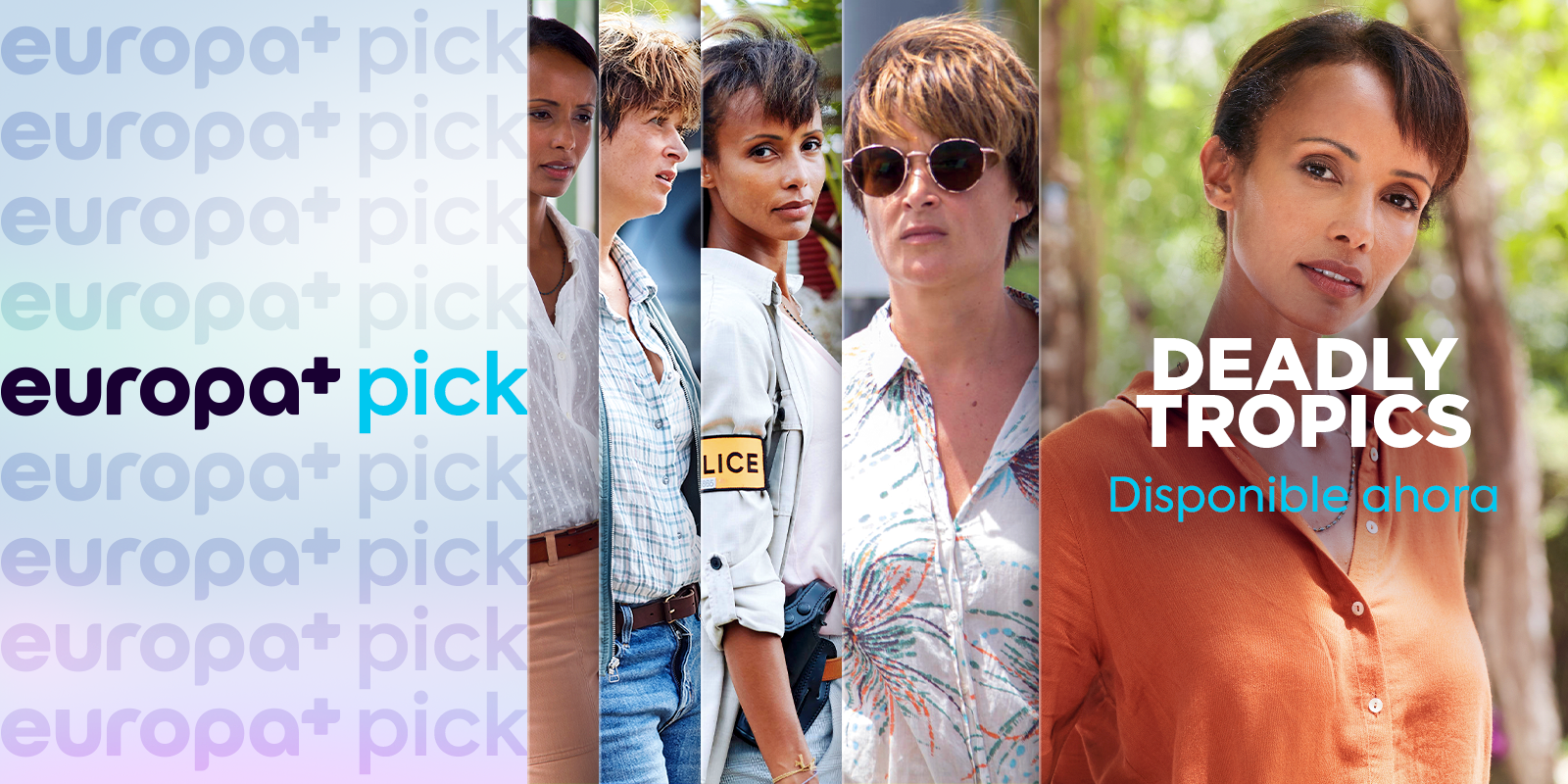 We’re well into the swing of 2021 now and we hope our new shows have been keeping you busy and entertained. And if you haven’t already put your crime-fighting, case-solving, bad-guy arresting hat on, well now is probably a good time to. This week’s Europa+ Pick is French crime series Deadly Tropics. A perfect way to transport you to a far away island to unpack some thrilling investigations with a feel-good comedy twist.

On the tropical Island of Martinique, two cops are made to join forces on multiple murder investigations. One abides by law and order, the other, has a much more liberal interpretation! That is, two free women with nothing in their way! Despite being total opposites, this duo will do whatever it takes to uphold the law on this island that has a personality all of its own.

The two leading ladies taking centre stage are Commander Mélissa Sainte-Rose and Captain Gaëlle Crivelli, two cops who enforce the law in their own unique ways.

Mélissa (played by Sonia Rolland) epitomises the role-model police officer. Calm, collected and not lacking in empathy. She’ll uphold the law to the best of her ability and look to seek justice in all the cases that come her way. Contrast this with Gaëlle (played by Béatrice de la Boulaye), a resourceful but impulsive personality who will take matters into her own hands and maybe not carry out her duties exactly by the book. Place these two protagonists together on some cases and you’re sure to see fireworks!

To meet these two fiery detectives and get a flavour of this great show, check out the trailer below.