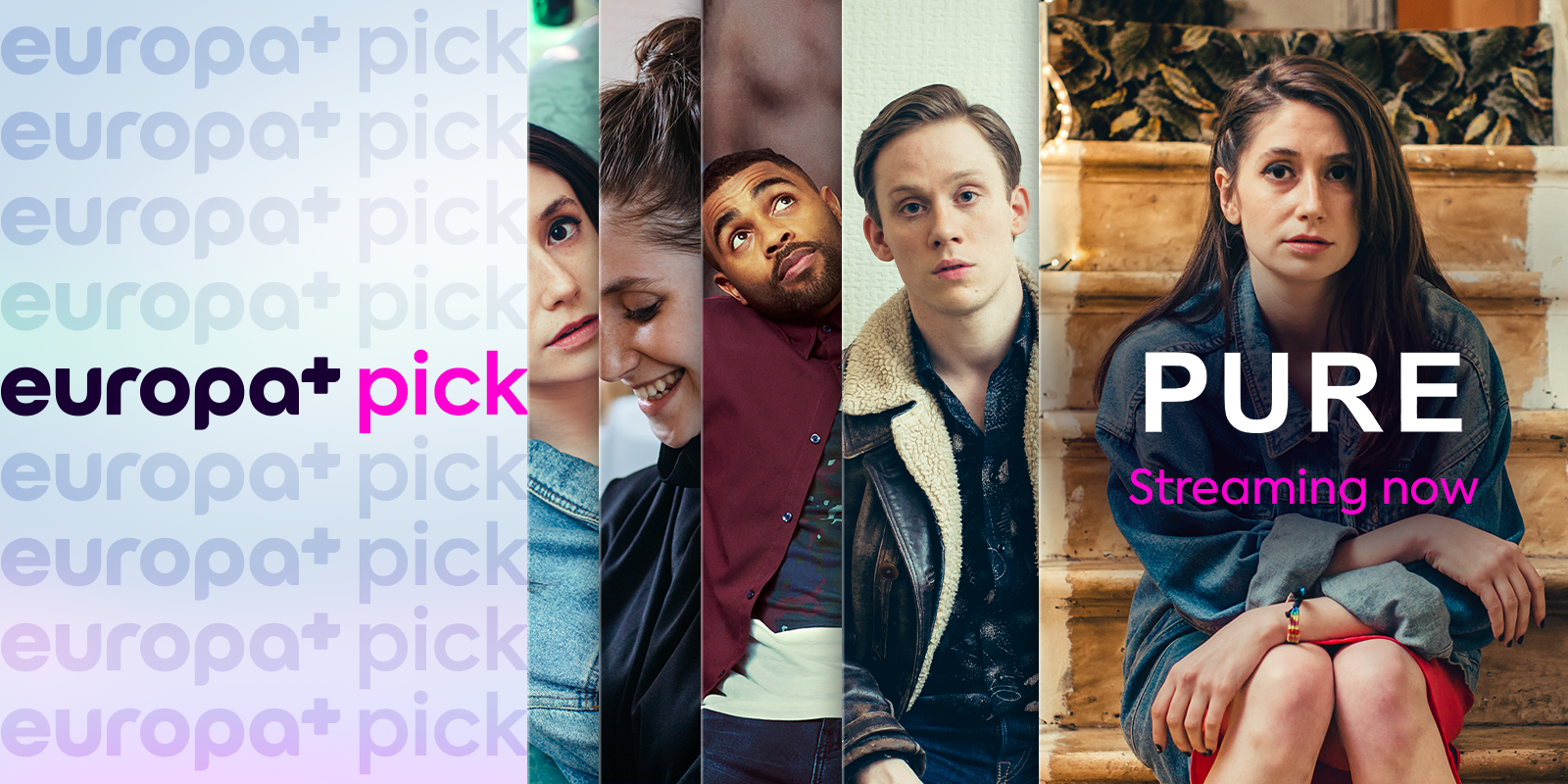 Pure: A comedic confrontation of sex and mental health

Our latest Europa+ Pick is hit British comedy-drama series Pure. All six episodes are available to stream right now and here’s why you should be binging it!

Marnie is at breaking point. Every day she struggles to control her intrusive X-rated thoughts. As she describes it, “it’s like The Sixth Sense, but I don’t see dead people. I see naked ones.” Unknown to her, she’s caught in the grip of a particular form of obsessive compulsive disorder, or OCD, and has done her very best to combat it for the last 3672 days.

However, after a toast at her parents’ surprise anniversary party gets horribly derailed by her overwhelming and disturbing sexual images, Marnie packs a bag and leaves her small town life in Scotland in the search of answers to her problems in the bustling city of London.

From there, it’s a complicated, twisting, turning, youthful journey of self-discovery as Marnie looks to understand her condition through a series of hilariously awkward encounters framed by wonderfully delivered one-liners from the shows star, Charly Clive.

Charly Clive takes the lead as Marnie in her first TV role after creating online hit comedy sketch ‘Britney’ on Vimeo. Pure also stars Joe Cole (Black Mirror, Peaky Blinders) as pornography addict Charlie, someone who is coming to terms with his own issues of staying sober. Amber (Niamh Algar – The Bisexual) and Joe (Anthony Welsh – Hanna) are among the love interests in the show while Kiran Sonia Sawar plays Marnie’s over-enthusiastic old schoolmate Shereen who kindly lends her a place to stay in London, albeit a storage cupboard with a bed in it.

What’s the series based on?

Pure is based on the acclaimed biography of Rose Cartwright, a woman who herself suffers with the form of OCD nicknamed ‘Pure O’. Rose discusses her experiences of ‘Pure O’ and the effects it’s had on her life in this short video talk:

How does it approach the mental health aspect of the show?

The show is written by screenwriter Kirstie Swain. Swain herself is also a stand-up comedian and brings a perfect balance between drama and comedy to the subject matter. She wanted the series to convey how overbearing mental health issues can be in the modern day.

“A lot of people think that mental health is just about the relationship with yourself, but it colours how you relate to everyone,” Swain told The Guardian. “Mental health is your entire worldview.”

What have people said about Pure?

“It’s funny, grotesque and disorientating. And, in 30 minutes, it removes as much stigma as it does clothing.”

“Pure’s writing is accessible and entertaining, nimble enough to move between real-feeling desperation and self-aware laughs. It’s quite a feat.”

“The show is best when it’s anchored in Marnie’s perspective, but “Pure” does manage to expand its scope, catching glimpses of the sexual hang-ups and frustrations faced by Marnie’s potential romantic partners.”