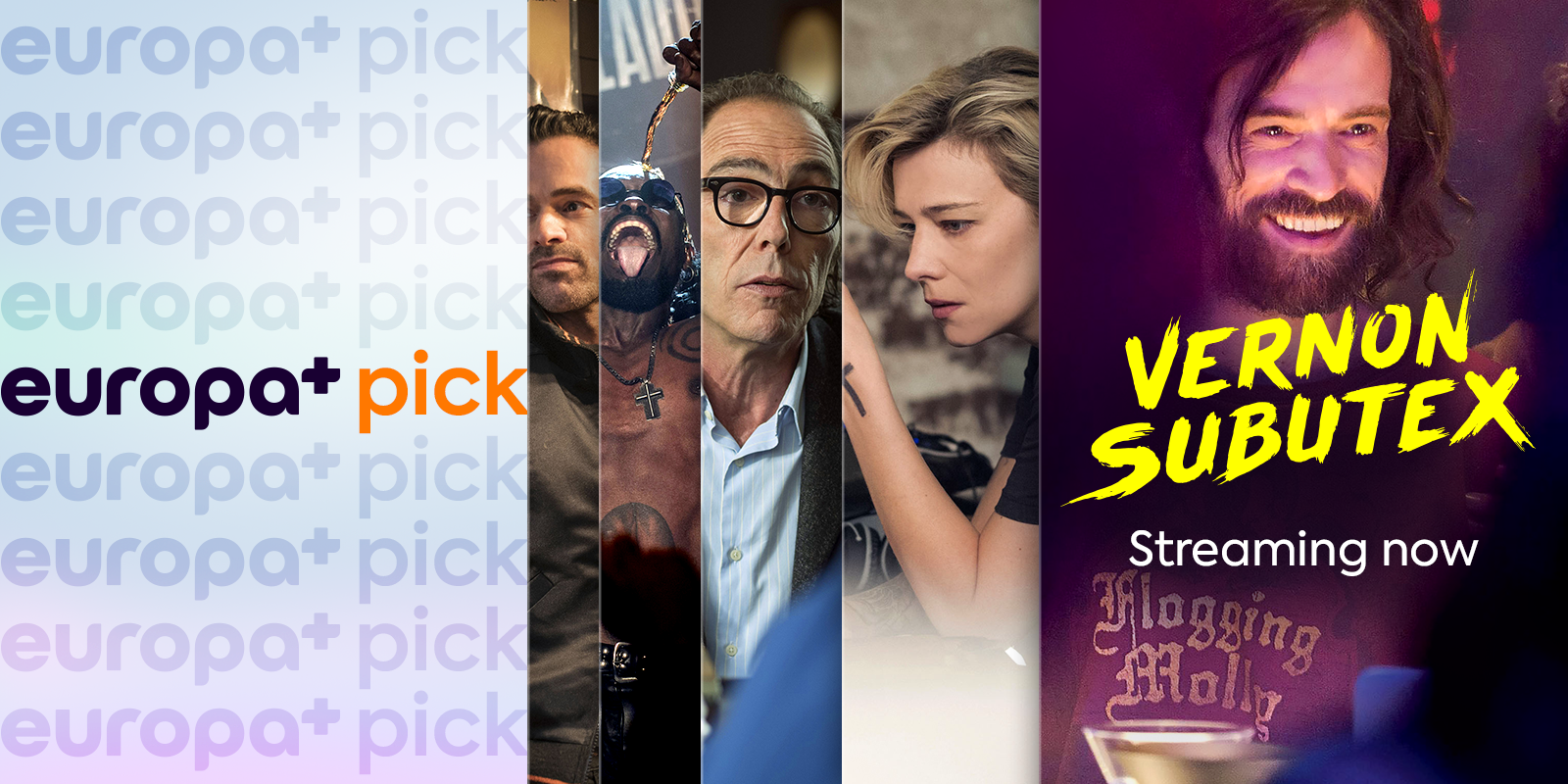 Vernon Subutex: The world has changed. He hasn’t.

We continue our run of French themed Europa+ Picks with sharp comedy Vernon Subutex, a cinematic series with a strong indie vibe. The lead character is someone that you have to experience for yourself, a man that sets out on a quest for absolute freedom in modern society. Easier said than done, right?! But as the title of this post suggests, Vernon Subutex still wants to live his youth and never grow up, no matter what plans the universe may have in store for him.

Vernon Subutex, an unemployed former owner of legendary record shop Revolver is evicted from his apartment. In his search for a place to stay, Vernon contacts his former friends who were involved in the music world with him in the 90’s. One of them is rock star Alex Bleach, who shortly after they reunite, dies of an overdose and leaves behind three mysterious video tapes. Vernon then slips anonymously into the city where he becomes the most wanted man in Paris.

The series takes us to today’s vibrant Parisian streets and reveals a group of unusual characters, whose lives are all set to be united by one man – Vernon Subutex.

Romain Duris (The New Girlfriend) stars in the lead role, bringing to life the complex and infamous character of Vernon. Celine Sallette (Rust and Bone) co-stars as the loose cannon La Hyene, a social media specialist who orchestrates fake news campaigns with formidable effiecincy, and Philippe Rebbot (Hippocrates) as Xavier, a former client of the Revolver music shop who constantly rebels against life and society.

In conversation with the director, Cathy Verney

For a bit more insight into this great series, head over to this Variety article to read an interview with the show’s director and co-writer, including her attractions of adapting the Man Booker Prize shortlisted books written by Virginie Despentes, and how popular music played such a crucial role in storytelling in the series.