Documentaries, films, special episodes and second seasons, all of it and more is premiering in Europa+. Enjoy everything new without any extra charges. 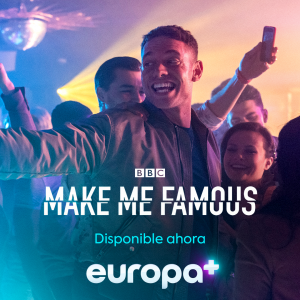 When Billy manages to impress the producers of “Love or Lust,” a new reality show, he believes his life will change forever. A year later, he struggles to balance fame, his social media, tabloid coverage, and the assumptions people make about him. He explores the impact and consequences of quick fame on reality TV contestants in this incredible BBC Studios production. 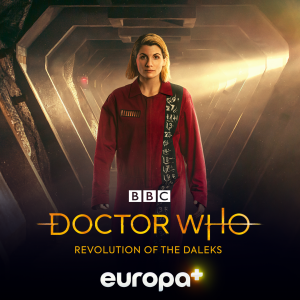 Europa+ favourite is back, joining Season 11 and Season 12, the latest in the Doctor Who franchise.

How can you fight a Dalek without the Doctor? Yaz, Ryan and Graham are far away on Earth and they have to get on with their lives without her. However, they soon discover that a disturbing plan is forming, one involving a Dalek. Even with Captain Jack’s help, the gang is ready to face one of their biggest and scariest challenges yet… Ready to see the Doctor’s latest adventure?

Available exclusively in Europa+ for all of Latin America. 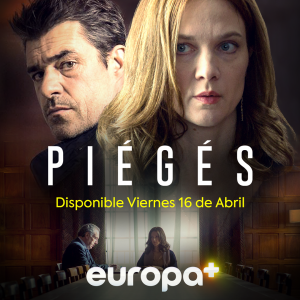 What would you do if someone you don’t know offers you a million euros? the only condition: kill.

Piégés, a very intense production that adds to our content “In French”.

The French word “piégés” means “to catch” and this is exactly what this production does. A two-part drama with strong emotions, angry and troublesome people. Odile Vuillemin, considers breaking his morale with the argument of saving a life in his family. Based on The Reckoning, a 2011 British television series, Piégés is equally a thoughtful drama.

Eager for more stories from British royalty? For the first time in its 350 years, Cliveden House in Berkshire opens its doors to the cameras in this four-episode mini-series. Built in 1851, Cliveden House has been home to various aristocrats and royals. It was a favorite of Queen Victoria and was frequented by Queen Elizabeth II and her sister, Princess Margaret, in her youth.

Because you loved Season 1, our subscribers’ favourite and award-winning series arrives with a brand new season. The second part of the Swedish drama revolves around the life of a family in Stockholm, which includes father Sten (Johan Ulveson), his daughter Clara (Josephine Bornebusch) and his son Aron (Gustav Lindh). Wait until the end of the month to start watching it.

Our guarantee: no contracts or commitments; all for a single price, cancel whenever you want.